Writer Elena Webster recently read something that changed everything for her: The life-changing magic of not giving a fuck by Sarah Knight. Find out why you need to pick up this book, pronto. 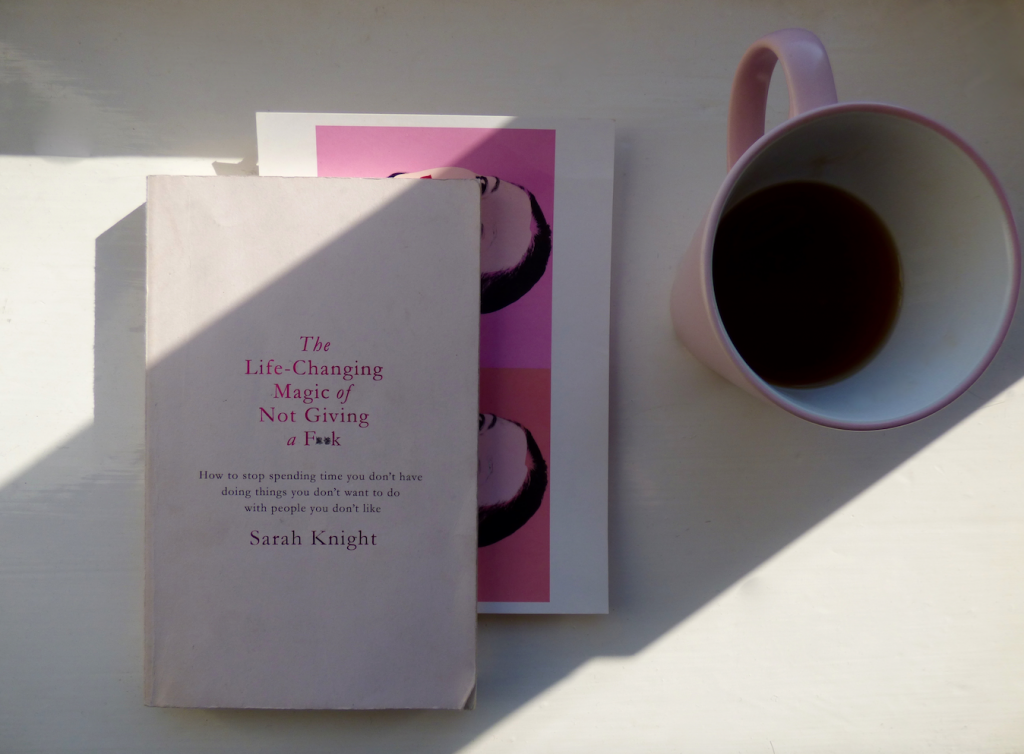 I have always liked being liked. It’s an incessant hereditary illness, passed down from my mother. Everyone loves her, and her selflessness baffles me. The difference between my mother and I is nearly everything, apart from the mass of curls I’ve had to deal with every day of my life.

I am not unkind, but perhaps our personality difference is because I’ve grown up in a different generation where people have less time for each other, or maybe I’m just more like dad…

Until recently I would have referred to myself as strong willed, and by being strong willed I mean bottling my emotions because let’s face it, it’s easier than confrontation.

But until recently I had not read …

The life-changing magic of not giving a fuck; How to stop spending time you don’t have doing things you don’t want to do with people you don’t like.

I feel like Sarah Knight wrote a book about my life. I think everyone who reads this book probably feels the same way in some sense, or even those of you who just read the title and could instantly relate.

The title itself is a play on Marie Kondo’s book, The life-changing Magic of Tidying up, which was Knight’s inspiration to ‘tidy-up’ her life.

This book was recommended to me by a close friend, this friend knows I barely read anything but fiction. The only non-fiction book I’ve read in the last year was Amy Poehler’s autobiography.

When my friend first showed me the book I immediately liked it, based on the fact that it was aesthetically appealing and had fuck written on the cover. I figured it would be an amusing read, but it slowly opened my eyes to the seemingly insurmountable and unnecessary fucks I’ve been giving in my life.

My god this book has made me relax.

The book outlines how to choose which fucks to give and which fucks to let go. It shows how to prioritise your fucks in accordance with your lifestyle. There are even lists you can fill in to help you make cut-throat decisions.

The Life-changing Magic of Not Giving a Fuck makes you realise that, in some aspects of life, you care too much when you shouldn’t. It also includes a chapter on the line between not giving a fuck and being a complete asshole. These are separate things.

Literally before I sat down to write this I cancelled plans with a friend. It was a casual dinner, which sounded nice hours ago before all the energy was sapped out of me. This will in no way affect our friendship. We will remain friends for a long time.  I will also be better rested and hopefully he will learn that a 10pm dinner is not what I’m about.

I no longer feel guilty about turning down shifts at work if I have plans. I don’t spend an absurd amount of time on my make-up during a weekday. If people don’t have time for me I no longer bend over backwards trying to fit into their schedule.

So yes, I’ve stopped giving a reasonable amount of fucks.