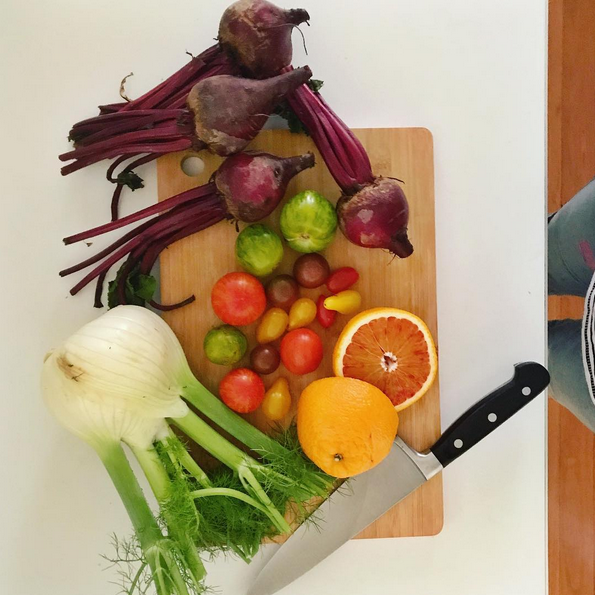 The choice to go vegetarian (or vegan) is certainly a personal one that might be made based on a number of factors: environmental, cultural, health, animal welfare or even taste preferences. For me, as a feisty 12-year-old gal who’d scrape the mince out of her lasagne (sorry, Mum!) the choice to go veggie was an easy one. Now, many moons later, being a vegetarian in Australia has become SO much simpler. For those who’d like to consider making the swap, here’s some easy ways to ease in to veggie land.

For some, cutting out meats (or cutting back on meats) from daily eating rituals can be as natural as walking and talking; while, for others, a sense of deprivation or significant change might be difficult to ignore.

When it comes to vegetarianism and veganism, I think that any step in this direction is a good one for the environment and its animal inhabitants (and potentially your health, too). If you’re not quite ready to go cold turkey, (seriously, do all cliché expressions involve animals?), that’s okay. The thing to remember is that your taking steps in a meat-free direction, so don’t be too hard on yourself (or let anyone else judge you!). Let’s call in the understudies who’re about to take on starring roles in your dinners.

If you’re thinking about eating less (or no) meat, here are some tips for easy swaps you can make to regular meals:

When it comes to meals inspired by the East, we suggest subbing in tofu or tempeh for meats. If you’d usually enjoy homemade stir-fry with chicken, for example, try using extra nuts (like cashews and almonds) or edamame beans for a little extra protein – and team your greens with tempeh, or firm and silken tofu varieties. Smoked tofu is widely available and adds an extra umami touch.

A delicious range of delicious stand-ins for meat fit into this category. In Greek dishes, haloumi is your new friend. In Middle Eastern dishes, add falafel and other chickpea-based ingredients to your plate. For Italian dishes in which you’d often find minced meat (think lasagne or spaghetti Bolognese), use lentils and mushrooms. Cannellini beans are also a fabulous addition to you Mediterranean favourites and most soups.

Mexican-flavoured meals – from tacos and burritos to enchiladas, quesadillas or even a simple plate of nachos – beans are your friend. Black beans, kidney beans and refried varieties will serve you well. And, don’t worry, you won’t have to give up the guac.

You know what can be barbecued? Anything! It’s easy to buy mock meats and faux sausages from the supermarket (and, some of them are pretty good, actually) but why not save yourself from the packaging and instead grill aubergines, large Portobello mushrooms, cauliflower ‘steaks’ or homemade patties. Go wild, throw some pineapple on there too. Thread capsicum and cubes of tofu on a skewer, and char some corn while you’re at it. Throw it all on a bed of quinoa for the added protein. Voila!